Congratulations to the Hon. Rupa S. Goswami for being Selected to Serve on Governor Newsom’s JSAC for Los Angeles County 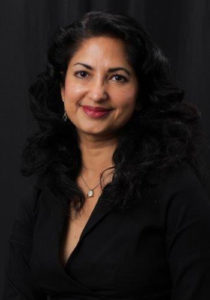 SABA-SC warmly congratulates its past president and the co-Chair of its Steering Committee, the Honorable Rupa S. Goswami, Los Angeles Superior Court, for being selected to serve on Governor Gavin Newsom’s Judicial Selection Advisory Committee (JSAC) for Los Angeles County. This is an incredible honor and reflective of Judge Goswami’s history of professional excellence and commitment to the legal community.

The JSACs – comprised of attorneys and judges who live and work in the eight regions – will provide preliminary, non-partisan feedback on candidates and help promote a diverse and inclusive nomination process for California’s judiciary. “Judges make decisions every day that affect every Californian,” said Governor Gavin Newsom. “The people of our state have little insight on the process by which judges are chosen, it is only fair that the public knows who is helping to select the people who will serve them. I thank the new members of the Judicial Selection Advisory Committees for taking on this essential function of our democracy.” A complete list of committee members, by region, can be found here.

Judge Goswami was the first South Asian woman on the bench in the state of California. She was appointed by Governor Jerry Brown in 2013. Prior to joining the bench, Judge Goswami served as a federal prosecutor in the United States Attorney’s Office, for which she earned the Director’s Award. She was further recognized as an AUSA by the former Attorney General Eric Holder, the FBI, the Dept. of Homeland Security, and the Humane Society for her work tackling cyber fraud, environmental crimes, child sex tourism, and crimes involving endangered species. She has a fierce commitment to public service and betterment of the legal community. She serves on the California JNE commission, is a lecturer at USC Gould School of Law, serves the Los Angeles Superior Court as an elected member of the Executive Committee, works on the Asian Pacific American Bar Association (“APABA”) judicial pipeline project, and in 2017 sat pro tem as a Justice on the California Court of Appeal.

She is a staunch supporter of SABA-SC and the South Asian legal community, and we are ever grateful for her mentorship and friendship. Congratulations, Judge Goswami!

Early Screening of “Blinded by the Light”