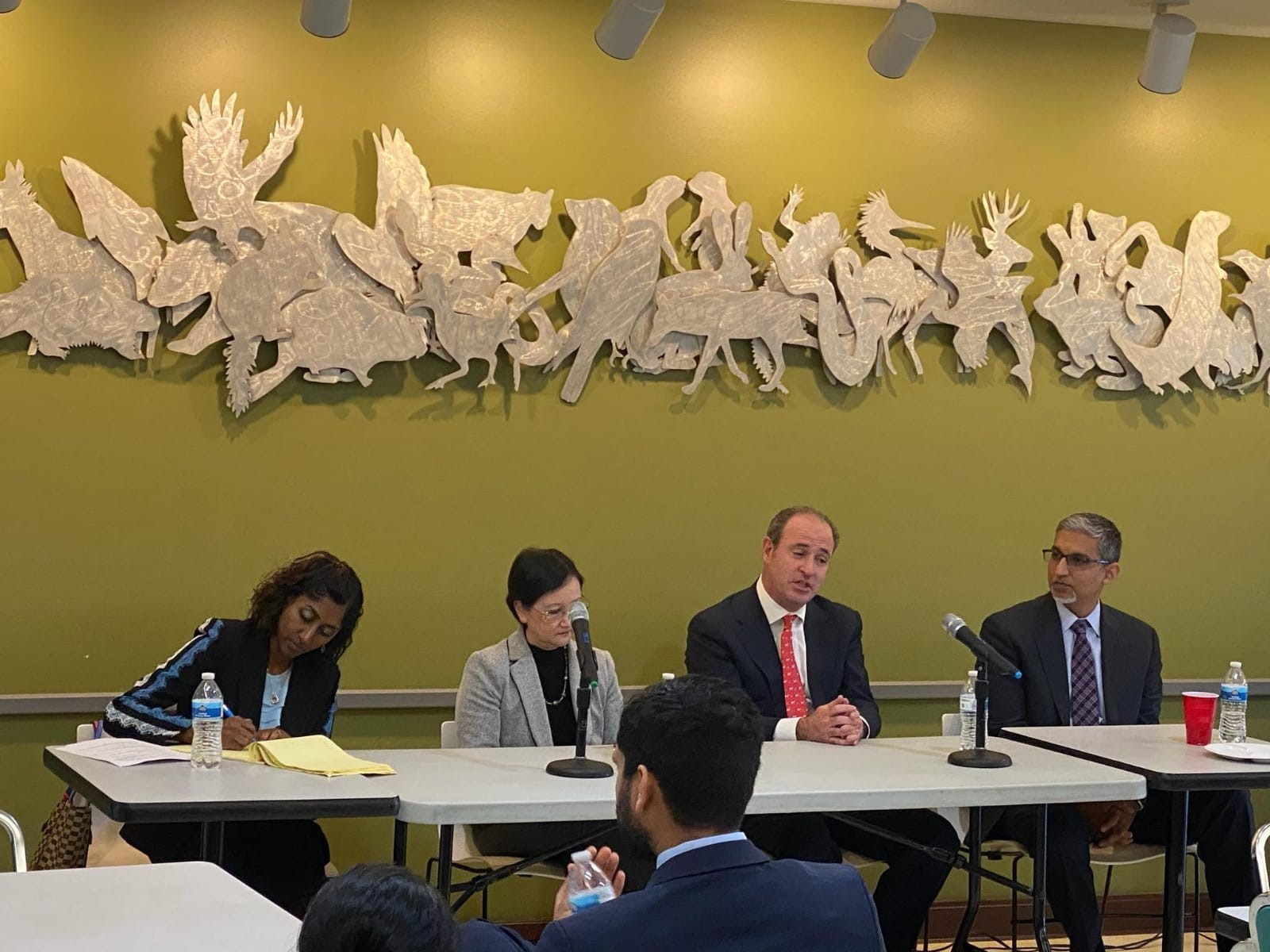 Our esteemed panelists Justice Joshua P. Groban, Judge Dolly M. Gee, and Justice Halim Dhanidina spoke about their respective paths to the bench and offered advice to those interested in becoming judges.  The event was moderated by Kalpana Srinivasan, Partner at Susman Godfrey and a member of SABA-SC’s Steering Committee.

A special thanks to Rohit Nath, one of our Judicial Evaluations Directors, for helping organize the event.