Judge Sri Srinivasan Elevated to Chief Judge of the U.S. Court of Appeals for the District of Columbia 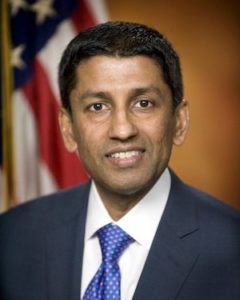